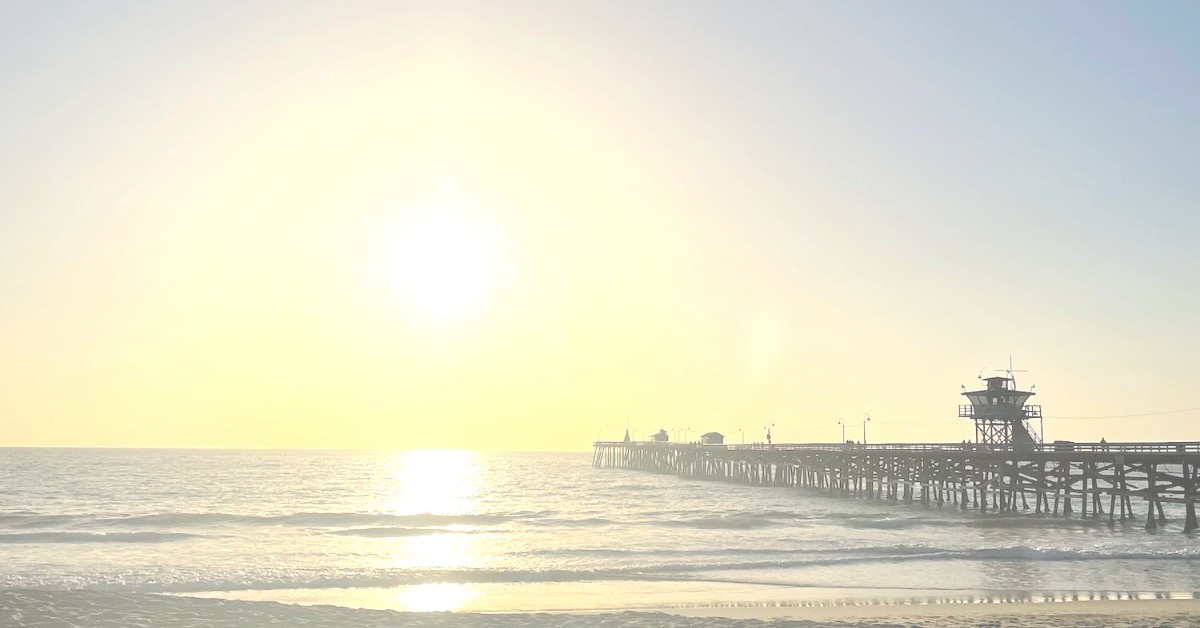 You know how some people like to say that time flies by? Well, that was not the case for 2022. The year was long, and full of big life events for me and Lorena.

Everything from personal to professional changes, this year had a little bit of everything.

Lorena and I started the year trying to figure out where we wanted to permanently live. While we didn’t know exactly where, we did know that we wanted out of Texas.

Just prior to the start of 2022, we backed out of a deal for a home in Lake Tahoe. After the home inspection, we found that it had some foundational issues (and the owners never disclosed this in their listing, even though they knew about them).

They made life a little difficult for us, which was frustrating, but we knew that backing out was for the best. In the end, we were able to part ways without any major issues.

As we looked at new possible locations, we eventually narrowed it down to Salt Lake City and Southern California. Seeing as we met in San Diego, we were both drawn to SoCal. On a whim, we went there in early Spring, we saw a home that we really liked and ended up putting in an offer. It was official: California was going to be our home.

The rest of the year was spent bouncing between Texas, Mexico, and California, with our primary residence still being in Texas through the end of this year. This made us feel a little bit like nomads, but after the Thanksgiving holiday, we have finally landed in California for good. It becomes our official home in the new year.

I love California. There are just some things that cannot be replicated in any other state. For me, it’s the water. I love the ocean and the beach (hey, I’m a Pisces). The landscapes across the state are stunning, and the sunshine is good for your health.

This was a transitional year when it came to work.

I started out the year very engaged with LearnDash as an advisor, continuing to help with the transition since the acquisition in September 2021.

A few months into the new year, and I decided that I needed to take a giant step back, accepting that it was no longer my ship to sail. I made myself available when called upon, which turned out to be a pretty rare occasion. The team in place has put the company on a great trajectory from what I can tell.

I realize now that taking a step back was the best thing for me. It freed up my mind to think about other things. I had dabbled in potential activities (like land investing and podcasting), but after some self-reflection and conversations with Lorena, I found myself drawn back into software.

Just prior to when my contractual duties ended at LearnDash, I launched GapScout, and since August, I have been chipping away at building an AI that helps other entrepreneurs to compete (and win) in their respective markets.

Progress is being made, though it hasn’t been without challenges. The beta launch is expected to be in late January, or early February 2023 – and I’m excited about it!

At the beginning of the year, I set a goal for myself: become fluent in Spanish. I was approaching two years of study, and I could feel that I was so close.

Still, I was frustrated. By April, I was still struggling to get over the hump. I expressed this displeasure with Lorena, who suggested that we extend our stay in Mexico so that I could get some additional immersion. We were already going to Mexico City to become Godparents to our nephew, so an extended stay made sense.

I spoke Spanish whenever I could with the family and friends. When we went out, I always tried my best to have natural conversations. Some nights I would go to bed completely discouraged because I couldn’t understand someone, or with my inability to find the right words – but I always tried again the next day.

By the time we returned to Texas, I felt that I had made significant strides, but I still wouldn’t say I was fluent (but almost). I didn’t want to lose any of my hard work, so I began taking four lessons per week with my tutor, Andrés. I have been taking classes on Zoom with him since February 2020, and we have built a nice friendship. Our lessons can be formal, but also just involve us talking about life – which I find to be incredibly beneficial.

The result? Five to six months of this rigorous schedule, and my ability to both speak and understand Spanish improved significantly. I can now say that I have reached a CEFR B2 level, the first official level of fluency in a language! I really enjoy speaking with my family from Mexico, or just striking up spontaneous Spanish conversations with people that I meet. I can’t get enough of it now!

My next goal is to get to the C1 level, which I hope to achieve within two to three years. It’s a lot harder to get to this level as I’ll need to learn more vocabulary and advanced grammatical structures, as well as a better understanding of colloquial expressions. Still, I’m motivated and know that I can reach it with hard work!

I think I will take the time to document our plans for 2023 in another post, but I can say that Lorena and I intend to travel more (both in the country, in Mexico, and Europe).

Aside from personal travels, I will be focusing exclusively on launching and growing GapScout, and Lorena has plans for a master’s degree. Seeing friends, and simply enjoying our time in California, will also be in our future.

But before any of that happens, we will be closing out 2022 by relaxing with family over the Christmas holiday. A perfect way to end another eventful year.