🤔 Should Your Plugin be on The WordPress Repo? 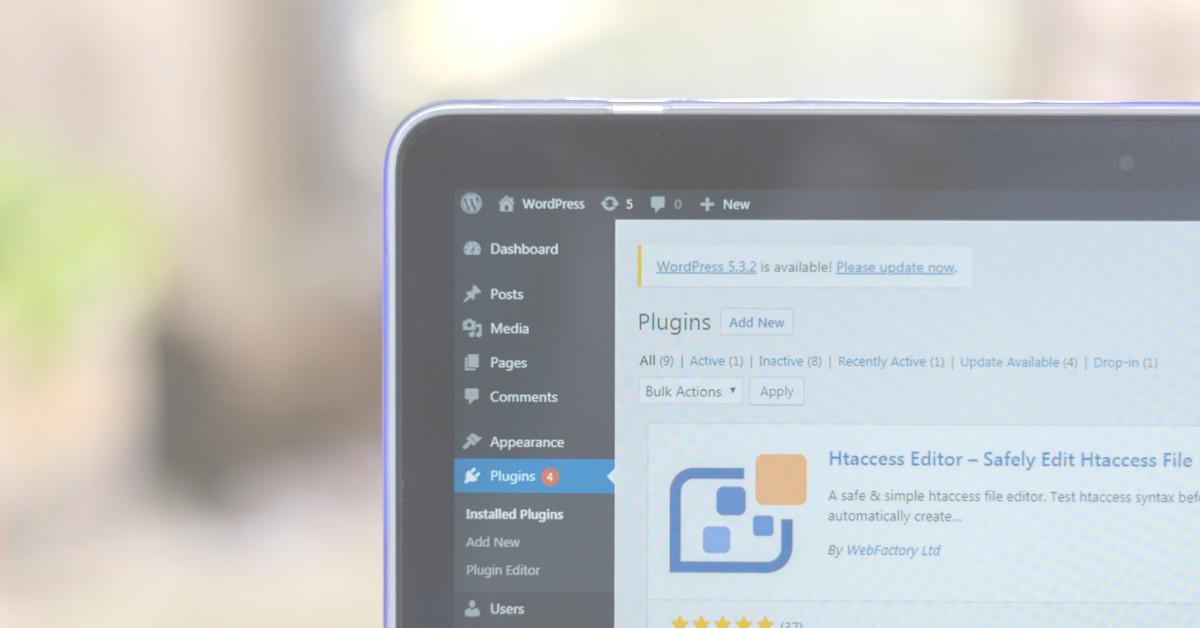 If you are creating a WordPress plugin today, then you probably have just assumed that you should have a free version. I mean, it makes sense. You can potentially get a ton of exposure right away from the WordPress Repo.

But what if you don’t?

What if you experience the fate of so many others where you put your heart and soul into your free plugin, create a “pro” version, and adoption rates are low? What is your Plan B?

Most WordPress entrepreneurs don’t realize that there is another way to approach the market, and that’s by creating a paid (premium) offering only. It’s more work, but the work that you do can pay off big just like if you had a free version that became popular on the Repo.

I should clarify that this post does not necessarily apply to plugin creators who have created an add-on to another plugin. That said, it could apply as I have seen folks have success with this approach.

LearnDash has never had a free version.

This comes as a surprise to some folks. LearnDash has never had a free version. The choice was out of necessity more than anything.

When I started LearnDash, I was working as an e-learning consultant. My days were full already, so I couldn’t spend my time supporting free users. I honestly never even considered having a free version.

Instead, the year prior I spent all of my time building up a search engine presence though blogging, and that paid off. But not just in a monetary sense. It allowed LearnDash to venture into “non-WordPress” markets more easily because the brand recognition wasn’t dependent on the WordPress Repo.

What I often see today is that folks will create their free version and really depend on it for getting traction. It’s not impossible by any means as there are plenty of popular plugins and themes that have started this way. But, it’s putting all your eggs into one basket. On top of it, it’s a basket that you have absolutely zero control over.

The rating system on the WordPress Repo sucks.

Before you jump all over this comment, let me say that I am not implying the volunteers who manage and monitor the reviews are doing a bad job. They are doing the absolute best that they can, and we owe them our thanks!

It’s not the people, it’s the process. I have never been a fan of it.

From both a business and consumer standpoint, the ratings on the WordPress Repo are getting close to the point of being completely useless.

That may seem harsh, and perhaps it is to some degree. But it’s the byproduct of the simple fact that the Repo ratings are so easily gamed.

Off the top of my head, I can think of at least five plugins that are gaming it for bogus five-star reviews. You know, the ones where the reviewer just opened the account and that same day left a four word, five-star rating.

It would be so easy to add some measures in place to help combat this. For example, just have a waiting period on an account before it can be used to make any kind of review.

Fake reviews aside, there is something else frustrating about the review system, and it’s a major reason why I have avoided it. In WordPress there is a subset of users who will use plugin reviews as a way to “blackmail” creators at the worst, and to “make a point” at best.

Some of my closest contacts in WordPress have great plugins on the Repo. I’m talking extremely robust pieces of software… for FREE!

They pour their entire energy into creating best-in-class functionality. Yet, every month they get 1-star reviews because someone has a misunderstanding about a setting, and they blow up on the reviews giving it one-star in the process.

There is another benefit to not being on the Repo beyond my opinion of the reviews.

My opinion of the Repo review system is just that, my opinion. Some people agree with me, while others understand that this exists but see the upside to it.

But there is a very real business reason why the Repo isn’t ideal for software creators. It reinforces a certain perception of the software: that its only use is in the WordPress ecosystem.

Since the very beginning, I positioned LearnDash to be a competitor against the other LMS options out there, outside the direct WordPress space. This meant I had to be where my competitors were located, and they weren’t located on the WordPress Repo.

I found that this switch in focus also helped drive the sales messaging and framing of the LearnDash value proposition. It gave a great degree of clarity to the User Models that I targeted in the last brand refresh.

Today, LearnDash competes with the biggest brands in the online course creation and LMS space – and that’s not accidentally. That was 100% intentional from the very beginning of the project.

Again: all about message focus.

This focus extended to support as well. With no free version, the support team could focus on helping only paying customers.

There is something very refreshing about this. The relationship is more clearly defined in that context. Customers (most anyhow) are far more committed.

I’ve seen some outlandish demands and expectations from people asking for support on the WordPress Repo. I honestly don’t understand what people expect… it’s free, of course there won’t be instant access or overly in-depth replies.

That said, you can get a ton of visibility on the Repo.

When I started LearnDash from a blog in March 2012, getting rankings was a lot easier. Search engine optimization was a different beast. It’s a lot harder today. Not impossible, but harder.

So if I am 100% honest, if I were to launch a new piece of software today that relied upon WordPress, then I would consider the benefits of a free version and gaining visibility from the Repo.

But with a (very big) caveat: the upgraded versions would be SaaS.

This is going to become the next evolution in WordPress in my opinion. We see it to some degree today, but this will start to become the norm. Especially true as we see more and more investment into the open source project from the world’s biggest brands.

The most successful solutions will SaaS-up their offerings, so they can have a little more control over the environment, and more insight into their users. In turn, their products will be better, both from a feature standpoint and support. The businesses will be more profitable and hold higher valuations than plugin and theme businesses today.

So if it were me, my intent would be to use the free version on the Repo to allow for a quicker path for obtaining users and getting real-time feedback. This in turn would help drive the development roadmap for the SaaS.

To make the free version a good sales tool, I would make sure that:

Since it will be a SaaS, a two-week free trial of upgraded features would be effortless to do and allow for additional customer nurturing campaigns during that time.

Imagine installing a free plugin and allowing folks to get a free trial of all the Pro features (on the SaaS) with a single click in the dashboard. They get used to the cool functionality and if they don’t pay — whoops — it’s gone. Not against GPL because this cool functionality is being delivered from the SaaS platform. The plugin is merely the conduit.

In order for this approach to work, the free version can’t be bare bones. It needs to provide actual value to people who decide that they don’t want to upgrade.

Right now, there are plugins on the Repo that attempt to do this but their free versions are so limited that it feels like a bait-and-switch. This has to be avoided to gain trust upfront from users.

I like this model a lot because a traditional SaaS is also more “sticky” so renewal rates will be a lot higher than in the traditional WordPress business model. More predictable long-term revenue allows businesses to deliver a positive experience in a more efficient manner for their users.

In the end, you should not avoid the WordPress Repo entirely. It’s a great marketing channel that can give you visibility quickly compared to the traditional marketing efforts.

And you know what? I have faith that the gripes I outlined earlier will eventually be addressed by the great folks who give their time to the WordPress project, making those complaints a moot point (which would be a great thing).

The key takeaway here is not that the WordPress Repo is bad. It’s that you really need to think bigger about how you market software on WordPress. Who exactly is it that can benefit from your product? And that answer should 100% not be “people using WordPress”.