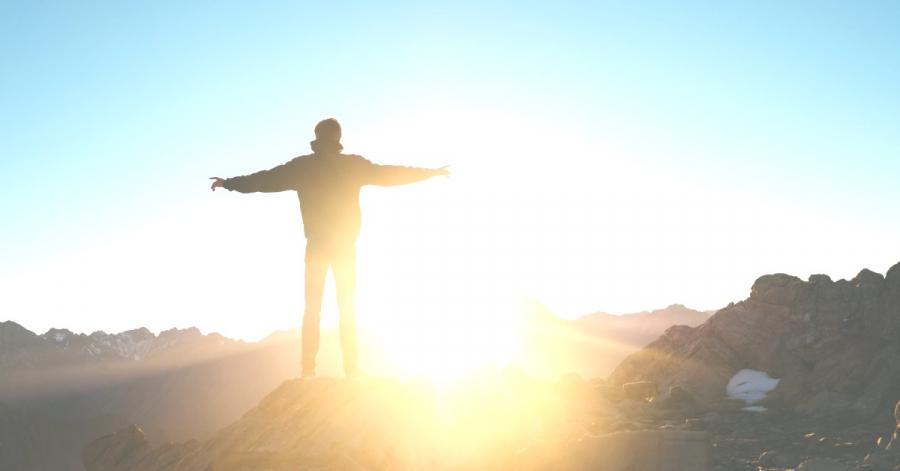 Let’s talk about “success”. We are all striving for it, but it's rarely talked about in a specific way.

Maybe that's because success is a hard thing to pinpoint. It can be defined an infinite number of ways. My version of success might not be your version.

I fully recognize this reality, but I also know that my opinions about success formed as a result of people sharing their perspectives on the matter.

Which brings me to The Success Manifesto.

This document is how I define success in my life (both professional and personal), and the proven way that I know of to obtain it. Happiness and wealth.

My goal is not for you to agree with everything, but to at least think critically about what is written here and to determine how (if at all) it applies to your views of success.

Success ≠ Money. It is merely the byproduct.

Money is what people often associate with success. However, what is actually desirable is not money itself, but the things that money affords you to do.

The things you can purchase, the places you can go, and the freedom to not worry about everyday expenses. These are the byproducts of money. Money is not the primary focus.

With very few exceptions, people who have money get it because of the byproduct of what they enjoy.

The point is that money is a poor long-term motivator. It can be incredibly motivating for a final push on a project or for getting something actually released, but it's not something anyone can hold for extended amounts of time as the only motivation for the actions they take in life.

Even people who claim that they are only in business to make a lot of money are lying. They get their joy out of the process, not the money itself.

Never in my life have I focused on money. I focus on happiness and the money follows. My happiness derives from owning my time. That is priceless.

After about five years, this wore me down. I was not happy. I longed to be the master of my time. If I could own my time, I would be richer than the most powerful CEO because at the end of the day, I answered to no one.

When are you considered truly “wealthy”?

I am a realist: money does matter.

So, when are you considered wealthy?

Some people want to reach a certain level of monetary wealth before they claim they will be happy.

In my early 20s, I used to think this way too. I would start to focus on how much money per month I would need to make to be happy. For some it's six-figures, others it's more.

I am reminded of a moment that I had with my dad when I was a teenager. We were driving back from a soccer game, and we were talking about a family friend who was really financially well-off (his family owns some car dealerships).

I remember asking my dad if he ever got jealous of friends who made more money. He calmly told me “no”, and further explained:

“No matter how much money you make, there will always be someone who makes more than you.”

Focusing on money is like building a house on sand. It's not stable and it's constantly changing. The more money you obtain, the more aware you become of how much money someone else has in comparison. This is a dangerous mindset.

When I sat down to think about what wealth meant to me, I tried to clearly define it in the context of dollars. Yes, I feel incredibly wealthy by owning my time, that's the most important currency for me. But money is essential, and it does open up opportunity.

I have never been one to associate lavish vacations or purchases with wealth. Sure, those things are cool and are status symbols, but that is not wealth to me. For me, true monetary wealth is being able to buy groceries and to have any health related procedure without looking at the bill.

If you consider the number of people in the world that have to carefully budget their food and health expenditures, then you start to see how truly wealthy you are if you can do those two things without having to worry.

Without your health, you have nothing. Your money is no good to you without it.

There is a secret to enjoying your wealth.

You ever see someone who is super rich but seems unhappy all the time?

They take the tropical vacations and post them all over Facebook, buy the fancy new car, and live in a mansion — yet somehow they still don't seem content. They are chasing happiness.

Money solves many problems, but it doesn't settle an unsettled soul. Buying things provides temporary excitement, but can just as easily make someone keenly aware of those around them who “have more”.

I am reminded of what it is like learning a language. I have been studying Spanish weekly in a goal to become comfortably fluent.

The better I get at Spanish, the more I am aware of how much I do not know. There are so many words that I will probably never know in Spanish. It's easy to get complacent. I'll admit, I sometimes get jealous when I see another non-native Spanish speaker effortlessly use the language. In reality, I should be proud of where I am at in my language journey rather than comparing myself to others.

Focusing on the monetary aspects of wealth is similar. The more you make, the more you become aware of who around you makes more money. It's easy to become jealous. To want what they have.

And sadly, once you reach that level of monetary wealth, you'll be saying the same thing because there will always be someone making more money than you.

Here's the secret: if you're able to buy groceries and take care of any medical bill without any worries, then everything else you get is just icing on the cake! The vacations, the new car, and the nice home are unexpected bonuses. You live in a state of gratitude rather than jealousy. You can be at peace and happy.

This is how I focus on happiness instead of profits. It drives every decision that I make.

Of course, I am bias and believe that this Success Manifesto could be adopted by everyone, including you. It is liberating and puts into perspective what really matters.

At the very least, I hope that I have made you think critically about what success means to you. The real work comes in trying to achieve this kind of success.