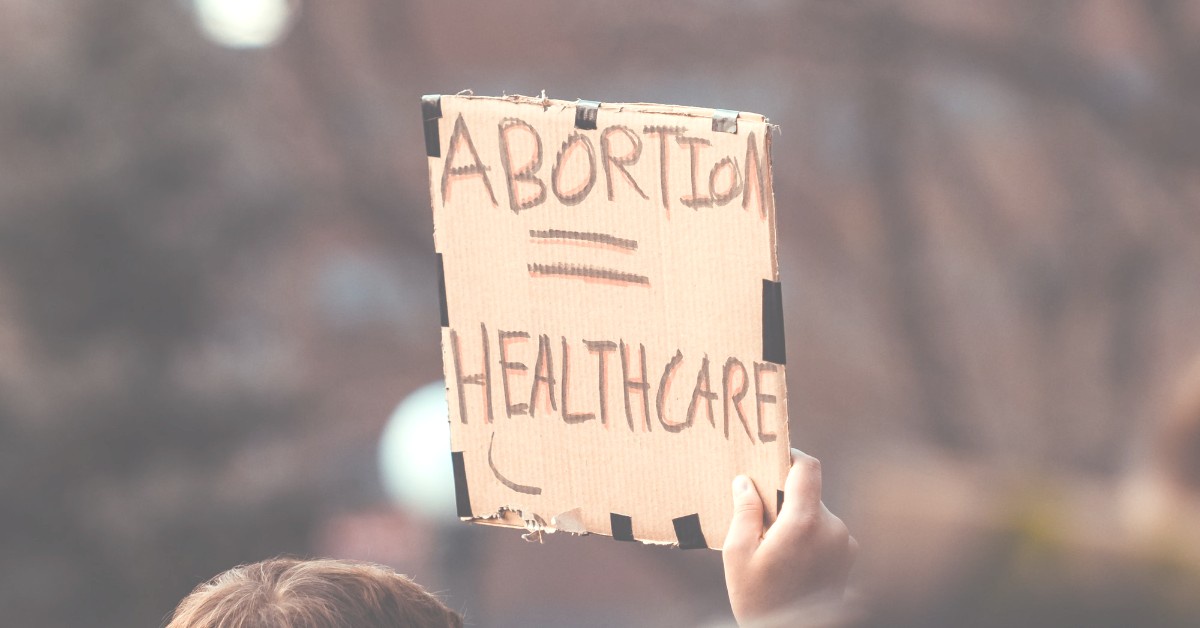 It’s a sad time to be an American.

As if the insanity of weekly mass shootings wasn’t enough, Roe v. Wade was overturned, thrusting the country back 50-years into an America of yesteryear.

It’s no secret: I’m not a Republican. If someone were to ever call me one, I would be deeply offended, an insult among insults. Republican policy today is why the entire world looks at us like we’re crazy. In fact, the only thing that Republicans do well is pass legislation, and it is scary. as. fuck.

I’ve been asking myself: where in the holy hell are all the Democrats? How is it possible that the Democrats have a majority in the government yet still are getting their asses handed to them by the Republican Party? In the past 20 years, Obamacare is the only significant Democratic legislation passed, and even that has been shredded into pieces by the powerhouse that is the GOP.

As I quickly approach “midlife”, I am keenly aware that I don’t have anything in common with half of my country.

When I was a kid, I drank the American exceptionalism Kool-Aid. We were all Americans, united, living in the greatest country on the planet. That sentiment.

By name, yes, we are all Americans. But there are two, very distinct Americas. Two ideologies. Two worldviews. Only one of them supports civil and social liberties that are beneficial to the greater good (spoiler: it’s not the party that advocates for the sale of high-powered assault rifles).

Like everyone, I have some people in my life who vote Republican. I have to admit, it makes me question everything about them. Even with their education, they say things like:

I prefer small government, that’s why I vote Republican.

Maybe that was the case in 1950, but it sure as hell isn’t the case anymore. A quick look at the Federal deficit over the past 25 years is evidence of that.

What folks are really saying is that they believe minorities and underrepresented segments of the population are in the situation they are in because of some fault of their own, and they don’t deserve any help. It’s a mix of ignorance, racism, classism, and denial. It’s the result of people living in a fantasy land. It’s deeply woven in the fabric of American exceptionalism and “The American dream” propaganda.

If you vote for today’s Republican Party, then you are in support of all of this nonsense. You help to put the people in power that continue to strip women and minorities of their fundamental human rights. You are on the wrong side of history, and should be deeply ashamed.

But alas, those who vote Republican don’t feel this way. They’ll do the usual mental gymnastics to justify their actions. However, if you peel back a few layers of the onion, you quickly see where they are out of touch, or in denial, about the realities of this country.

As I write this, Lorena and I are living in Texas, but we are getting the hell out of here. I am certain that will make the majority of the populace happy, as they don’t want our liberal mindset anyhow. They want their out-of-touch-Ted-Cruz version of America, and they can have it.

California will eventually be our home, and once we settle in, I will personally be doing a little soul-searching. There is a part of me that is starting to grow tired of sitting on the sidelines as people get continually marginalized by the uneducated. Real change happens when real people get into the game – be it in politics or social causes.